Many years ago, I spent around 6 months of the late 90s time studying at Stockholm International School (SIS), and as I was in the city for Puppet Labs’ PuppetCamp Stockholm 2016, the school invited me to talk to some of their students about what it’s like to work as a sysadmin, and also to delve a little into the world of DevOps culture.

It was also an opportunity to talk about the areas of the industry I personally find the most interesting and engaging. The current trends around automation, DevOps culture and Agile processes are just a handful of areas that are gaining a huge amount of popularity and momentum.

The technology world is constantly evolving, and it’s because of this fluidity that I genuinely believe that the industry is an amazingly exciting place to be right now – it’s not just pushing buttons and rebooting things, honest!

I decided to attempt a live demo, something that I’ve been warned is one of the most dangerous things to do in front of a live audience. The demo in question was rebuilding one of my (production!) MX servers from a blank operating system with Puppet. Although prepared, practiced and rehearsed, applying the “chaos monkey” principle in production can be mixed bag - thankfully in this instance everything worked as intended! 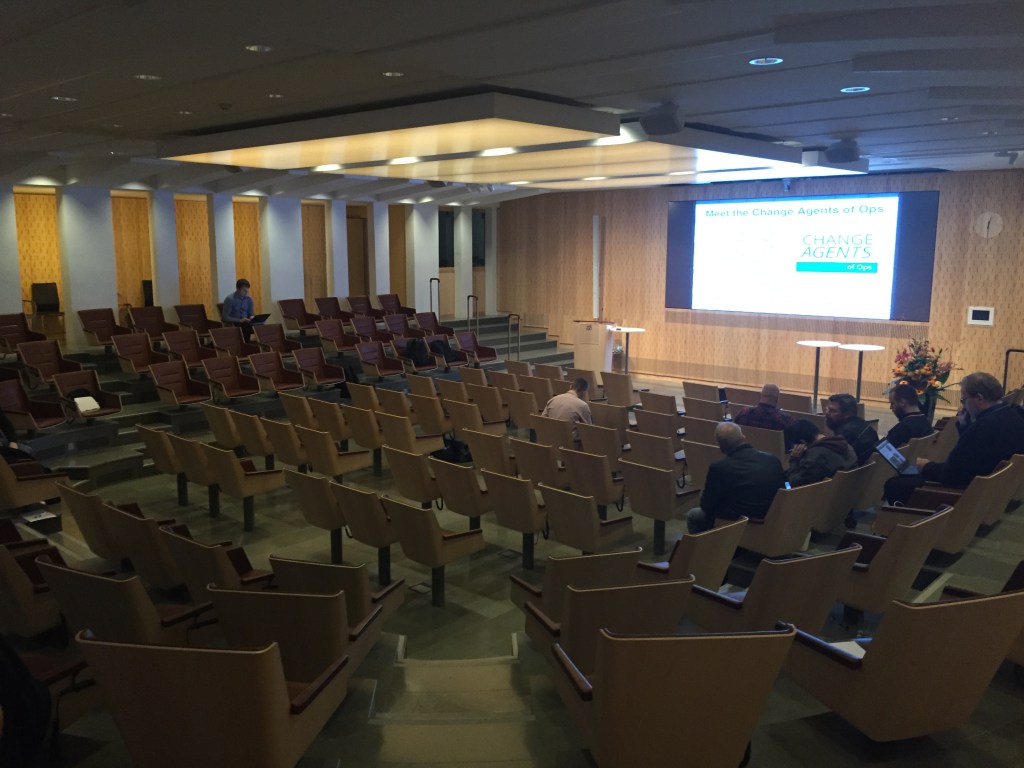 The “business end” of the trip was more than a little daunting – presenting to an audience of professionals, as well as sharing the stage with very well-regarded members of the Puppet community, most of whom I’d seen before at various conferences.

This talk was more geared towards how Puppet – together with Agile processes such as retrospectives and root-cause analyses – could help with some of the problems that sysadmins encounter, breaking down silos and creating environments that encourage collaboration and learning, and allow both people and organisations to work faster, smarter and – crucially – happier.

A huge hat-tip goes to Douglas Squirrel for some very useful tips on presenting - using just one image on a slide was daunting but helped a lot. The slides for the presentation are available on SlideShare, although sadly the event wasn’t recorded.

Although nerve-racking, presenting at PuppetCamp was a fantastic experience. Talking to and learning from fellow professionals was inspiring, and hopefully the attendees found my talk useful. The Puppet community is an amazing place with so many supportive people around, so it’s a great feeling to be able to give something back to that community.

Thanks to Puppet Labs and Kevin Munro @ SIS for the opportunities!